The Meteoric Rise of Bitcoin and the Future of Crypto-Currency

It has certainly been a good week for Bitcoin owners, the peer to peer crypto currency has defied all expectations to rise to $14,953.81/ £11186.03 a new all time high at the time of writing this article, meaning anybody who has invested more than 48 hours ago has certainly made a respectable profit.

The meteoric rise of Bitcoin cannot be understated, in January of 2013 1 Bitcoin (BTC) would have cost you just ~$15 USD, and so many early adopters of this new technology are now multi-millionaires.

Bitcoin is a digital, peer to peer currency that operates via technology called blockchain, or in layman’s terms, it is the internet of money.

Bitcoin is stored in a digital wallet and is can be easily used to send currency to anybody in the world, almost instantaneously at anytime of the day or night, 24/7 – 365 days of the year. Without the any middlemen getting a slice or blocking any transactions.

Bitcoin comes from a process called mining, where dozens of people will join their computing power in order to solve complex mathematical problems. Their are currently 16.5 Million Bitcoins in Circulation with a maximum of 21 Million in existence.

Unlike traditional fiat money (Dollars, Euros, Pounds etc) Bitcoin is completely decentralised, meaning it is not controlled by any one authority and so theoretically, no authority/ government can take ownership or tinker with the monetary  policy and cause a meltdown – or simply decide to take people’s Bitcoins away from them, as the Central European Bank decided to do in Greece in early 2013. It can also not be printed, there is a set amount of Bitcoin ~21M and so the currency cannot be devalued or manipulated via inflation, the value simply comes from supply and demand.

How Bitcoin Could Change The World

For the sake of transparency, I will declare that I personally own bitcoin and am personally invested in this technology and so yes, this will be a biased opinion.

In the western world, it is easy to look down on crypto-currency, and may it may be difficult to understand for someone who has lived within the current monetary system why you would want to change it. Unfortunately billions of people around the world do not have this privilege. It is estimated that as many as 4 billion people to not have access to a Banking System; Bitcoin will allow anybody to protect their assets and send money instantly to purchase everyday things with ease.

The dollar value of Bitcoin can change fast, it is not uncommon for it to rise or fall thousands of dollars in a day, however for people in countries with an economic crisis such as Venezuela or in countries rife with corruption, switching to bitcoin could be a smart move.

This is why if we take a look at Google trends for the search term ‘Bitcoin’ the vast majority of searches are coming from African nations, where tyranny and corruption may simply be a daily part of life. With the need for an alternative for the current banking system around the world, it does not seem far fetched to believe that in time, Bitcoin can enter the financial mainstream.

That is not to say that Bitcoin does not have it’s critics, Financial regulators have taken a range of views on the status of digital currencies and their risks. some even speculate that the current rise is simply ‘fuelled by the fear of missing out & greed’.

What do you think of the future of Bitcoin? Will it become the new banking norm or is it Dutch Tulip Mania? Let us know in the comments section.

To get started with purchasing Bitcoin, first you need to select a wallet to store it in. There are several types of Bitcoin wallets, you can store it on a mobile phone, laptop, you can even print your Bitcoin address to a physical piece of paper. It may seem obvious to some however some are often put off buying because they deem Bitcoin ‘too expensive’, please note that you can buy a fraction of a bitcoin!

When you create your Bitcoin wallet, it will present you with a ‘seed’, a string of 12 random words. It is vital that you keep your seed secret and write it down on a piece of paper as this is used to restore your wallet. Therefore, anybody who knows your seed passphrase, has access to your Bitcoin.

If you are serious about purchasing Bitcoin, I highly recommend using a hardware wallet such as the Ledger Nano S. This is by far the most secure method of storage, as it allows you to safely lock the device away in a safe place away from an internet connection, and confirm transactions on the display using physical buttons. Bitcoin Exchanges will allow you to keep Bitcoin on a wallet through their website however if you do this, you are trusting somebody else to keep it safe for you. If said website is hacked or goes out of business, say goodbye to your Bitcoin.

With your Bitcoin wallet set up, you are ready to purchase some Bitcoin! Head on over to a Bitcoin exchange such as Coinbase, Local Bitcoins or Bittylicious and follow the instructions. You may need to verify your identity to prevent fraud/ money laundering. Select How much BTC you want to spend and present your receiving address. The Bitcoin will appear shortly in your wallet. This process usually takes 10-15 minutes, however with the incredibly sharp rise in demand, the network is congested and transfers can now take over an hour (on the current date).

Now your Bitcoin can be used to buy goods and services like any other currency. To send money to a wallet, simply select the amount you wish to spend and specify the wallet address to make a quick and seamless transaction. 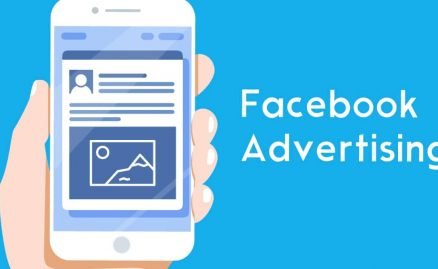